Capital Group is the largest development company in Russia. 29 years in the market, 8 million total square meters in their project portfolio.

Our achievements are recognized in the industry: Capital Group is a two-time winner of the Developer of the Year title at the CRE Awards. For us, leadership is motivation, and for our customers it is a sign of quality.

The projects of Capital Group on the map of Moscow are landmarks of the city. What we create are not simply buildings, but the environment and space, shaping the culture and the desire to live even better. When designing our projects, we consider how people are going to feel once inside, what thoughts and emotions they are going to experience. Concepts underlie our projects at a fundamental level: from the location and the surrounding space, to the texture of materials and details of landscaping. 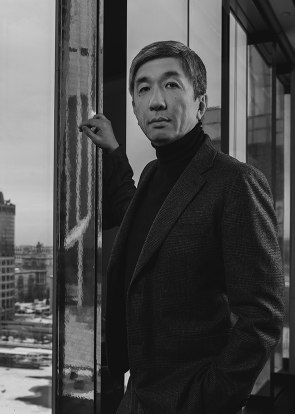 Chairman of the Board of Capital Group

The project for redevelopment of the Badaevskiy Brewery will become an architectural landmark of Moscow. I believe that it will become one of the sightseeing attractions in Moscow that tourists visit on tour buses.

If you liken it to the motor industry, you will want the comparison with Formula One, which is the main place of innovation. It is where all the newest ideas and materials are tested before they go into mass production. For us, the Badaevskiy Brewery project is our Formula One. In it, we are materializing innovations that the public will fully grasp in some 10 to 15 years. 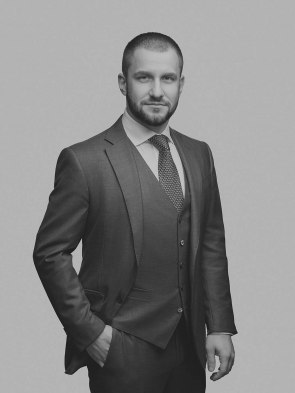 Our competence is in finding solutions to complex issues, including those in urban planning. The Badaevskiy Brewery is an example where a single project combines in itself technological, ideological and urban planning problems.

We believe that the concept offers a solution to every challenge posed by this territory for the first time in many years and after numerous attempts to develop it. 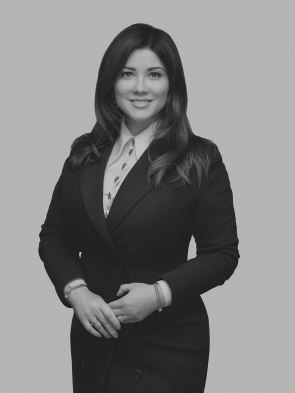 As a leader in the segment with 27 years of experience, we can see that today, buyers of elite residences are difficult to impress. On the other hand, this project has some indisputable qualities that prove that this is not the case. What makes the project not just a thoughtfully designed or beautiful place, but a pivotal step for development of the city is its location and talented architecture.

To stay on top, we at Capital Group are guided by the rule: we choose to work exclusively with the best. Herzog & de Meuron are unsurpassed architects who know how to appreciate heritage architecture and carefully integrate new construction into the environment.

The Badaevskiy is a project ahead of its time that will go down in history. It will always remain interesting, it will never become obsolete, just like truly great things remain outstanding for centuries. Its residents will have a rare opportunity to enjoy exceptional architecture not one from outside the façade: our careful designs made it possible to create a new interpretation of the indoor space as well. A ground-breaking concept, an open large park, balconies and terraces, connection with the water and forest, and at the same time a location in the center of Moscow with an unobstructed view – this project embodies a conceptually new quality and standard of living.

Herzog & De Meuron is a Swiss architectural bureau. Among the best architects of our time. They steer clear of stereotypes, masterfully make use of various materials, and are celebrated for their unsurpassed skill at giving a new life to heritage buildings. Their intimate knowledge of technologies, impeccable calculations and exquisite taste are embodied in the project for restoration of the Badaevskiy Brewery. 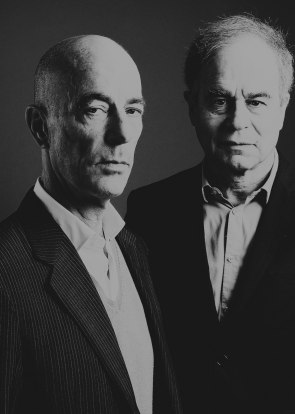 The project has a fantastic location: opposite the White House and Moskva-City, next to Hotel Ukraina. Its grounds are just above the embankment and are facing the river, and we love building by the river: both Tate Modern and Elbphilharmonie Hamburg stand by the water as well. And, finally, this project will radically change the situation on a large plot of land in the very center of the city, becoming a place of attraction, a new landmark. Improving the quality of life is the number one task for modern architects.

In a good project, every detail, from door handles to landscape design, must be intentional. Another huge advantage of this structure that needs to be mentioned is the park! Four hectares of greenery in the very center of Moscow by the river. Life in the Badaevskiy quarter will never be interrupted even for a moment: it offers a space for work, recreation, sports, walks outside and quiet family life.

One of the main conditions for the development of the project was to keep the ensemble of the Trekhgorniy Brewery visible from the river. It is the memorable face of this location. Thanks to this concept, the space will be completely visible, and the heritage buildings that will be restored in accordance with the original drawings will remain unshielded and open to residents of the city.

The APEX Project Bureau is one of the largest companies in Russia whose mission is to form a fundamentally new mechanism of design bureau operation: one based on a team of top professionals in their field and modern technologies that make it possible to organize the design process in the most efficient way at all stages of project implementation. The bureau aspires to deliver a continuous expansion of the range of its services and competencies – from architectural concepts to the design of high-tech engineering systems and mathematical modeling, enabling its customers, the largest developers in Moscow and Russian regions, to implement the most complex and ambitious projects, and foreign architects to access local expertise of the highest level.

The Badaevskiy is an unprecedented experience of collaborative work of the concept creator, developer, and the design bureau with heritage property, and a departure from the conventional paradigm in the city where a heritage property is either preserved in its original form or transformed beyond recognition. The Badaevskiy means development in every sense, it is more than a project: it will become a reference point that many decades later will still be the focus of discussions about iconic architecture, cultural heritage, reinterpretation, and evolution. For Moscow, it will become a new attraction, and not only because of the architecture, but also because of its saturation with functions and meanings that this territory will be offering once the project is complete.

Superposition® is a company focused on creating an identity for the most unusual real estate projects. One of the strongest teams whose operation is formed in the space between branding, cultural code of the city, graphics, communication, interior and fashion design. 17 years of experience and the opportunity to see projects through the eyes of designers, architects and storytellers make it possible to represent the project in an integral and impactful way. 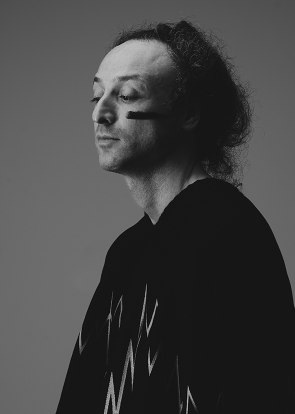 On the one hand, Moscow is changing, and the vector of these changes is definitely towards a modern austere aesthetic. On the other hand, Moscow is still archaic and old-fashioned. Many people continue to hold Stalin's skyscrapers as a model of monumentality and status. In fact, there is nothing wrong with this imperial architecture of the 1950s, it was an adequate reflection of its time. The question is what Moscow is going to create today, something that will be talked about in 50 and 100 years. The Badaevskiy is a message Moscow sends into its own future. And it is beautiful in its boldness and radicality. I am very curious to see how the Badaevskiy will change the tastes of Moscow residents and guests to the capital. This process has already begun and will only intensify from now on. How will the Badaevskiy expand the inner boundaries of what is allowed? How will it make modern architecture more understandable and, as a result, more beloved? I can only imagine how lucky the children will be who are growing up in the Badaevskiy. From a young age, they will find themselves in an amazing environment that will shape their sense of measure, openness and, in general, about beauty. The Badaevskiy is a very important social and aesthetic step forward, and this is a great responsibility of Capital Group.